A big welcome to new Member Charity – the Jorja-Rose Foundation 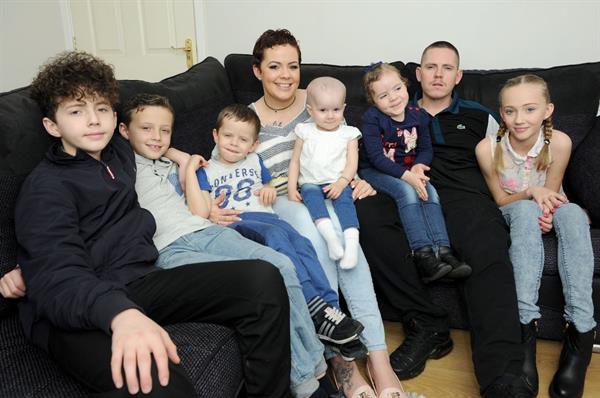 We are delighted to welcome The Jorja-Rose Foundation to our brain tumour community - yet another significant voice clamouring for an increase in the national spend on brain tumour research to £35 million per year. This would bring parity with, for example, leukaemia and brain cancer which, having had years of sustained investment into research, now enjoy massively increased levels of survival compared with just a few decades ago.

The Jorja-Rose Foundation based in Nottingham was set up by the family of a beloved two-year-old daughter lost to a pineoblastoma brain tumour in October 2017. Jorja-Rose, the youngest of six children, was just 15 months when she was diagnosed with the rare and inoperable tumour type which affects around five children under the age of 15 each year in Great Britain. She underwent chemotherapy and a stem cell transplant which gave her six months of good health. During this time Jorja-Rose was a bridesmaid at her parents’ wedding.

Sadly, Jorja-Rose then suffered a relapse and passed away 18 months after diagnosis.

The Foundation set up in Jorja-Rose’s memory aims to raise awareness while funding research into childhood brain tumours. It is also fundraising to support families being treated at Queen’s Medical Centre in Nottingham, where Jorja-Rose was cared for, and helping Queen’s purchase an intraoperative magnetic resonance imaging (iMRI) scanner because Carla and Lee Dawson believe such a scanner could have saved their daughter’s life. The iMRI scanner will help guide neuro-surgeons locate abnormalities within the brain or distinguish abnormal brain tissue from normal brain tissue.