Hundreds run for Gem… one year on 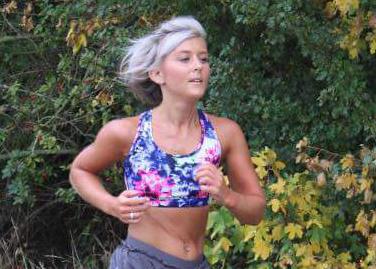 Friends of a young mum-of-two and runners from her local community came together to mark the first anniversary of her death by taking on a 5K, known as Run for Gem, in her local park.

Last year the event was held for the first time while Gemma Edgar was being given end-of-life care in her local hospice. It raised enough funds to sponsor a day of research.

A paediatric nurse, Gemma was diagnosed with a glioblastoma multiforme (GBM) brain tumour in 2014, aged 29, after a few days of migraine-type symptoms and just eight weeks after the birth of her youngest son. Noah went onto endure his own battle with retinoblastoma – a form of eye cancer. Despite surgery and treatment, nothing could be done to save Gemma and she passed away on 19 December last year.

Gemma’s friend, Cara Greenley, organised the event again which raises funds for Brain Tumour Research and St Helena’s Hospice in Colchester. She plans for this to be an annual event in memory of the friend she first met at school when they were both teenagers and who both ended up running the London Marathon together last year while Gemma was on chemotherapy.

Cara was amazed at the number of runners who signed up, and said: “So many kind words and thoughts were shared about Gemma, it’s still so clear how many lives she touched.”

Gemma’s dad, Andy Relf said: “We regularly have runners who we’ve never met before approach us and tell us what an inspiration Gemma was. It’s tough for us both remembering Gem’s deterioration this time last year and then actually losing our beloved daughter.”