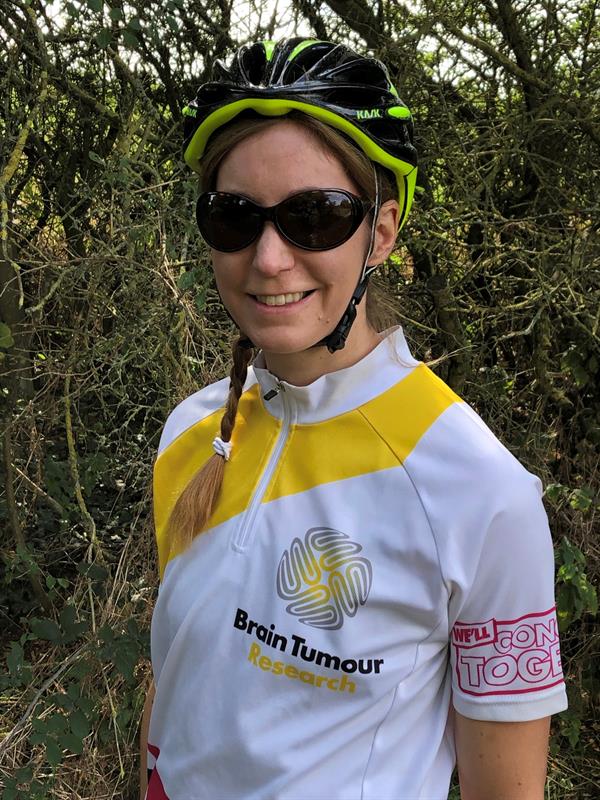 Chippenham-based Sophie Oldacres will lead a peloton of cyclists on a gruelling three-day ride from the Eden Project in Cornwall to Westonbirt Arboretum, Gloucestershire this coming weekend.

Mum of two Sophie, who lost her husband Simon to brain cancer in 2016, is using her own personal experiences to raise awareness of brain tumours and to raise vital funds for Brain Tumour Research. Simon was diagnosed 2016 and died three years later at the age of 37.

The ride starts at the Eden Project tomorrow, Friday 20 September, and finishes at Westonbirt two days later, on Sunday 22 September. A pack of nearly 20 cyclists will complete the three-day 170-mile cycle, with more expected to join on the final day.

Simon was a keen cyclist and often rode from Chippenham to his hospital appointments in Bristol. Sophie, who works at the University of Bath, explained: “There is no doubt that this route will be gruelling for us all but it’s hugely fitting. Simon loved both the Eden Project and Westonbirt and would have loved the thought of us cycling between them.

“Three years on from his death, life really does not get any easier. But it’s my hope that by keeping his memory alive and by raising awareness of brain tumours we can go some way to challenge the unacceptable lack of funding in this area and raise much-needed funds to unlock new research that will make a difference.

“We need to move towards a place where in the future other families facing similar diagnoses have real hope of a cure.”

Sophie will be cheered over the finish line by her children Joseph, 10, and Esther, seven. This latest event will add to the £40,000 which the fundraising group Ride4Simon has already raised to fund vital research and to help raise awareness of brain tumours which kill more children and adults under the age of 40 than any other cancer.