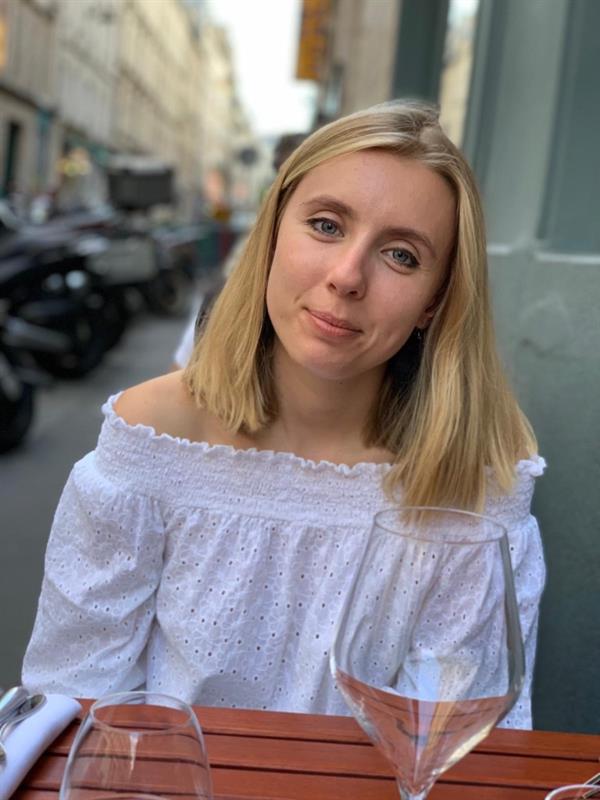 Last month 27-year-old Rose Acton was sitting in a hospital waiting room preparing to receive pathology results, when she made the extraordinary decision to start blogging her brain tumour journey. Rose was about to discover she is living with a very aggressive form of brain cancer.

Determined to fight the tumour she’s named ‘Bobby’, Rose stood by her decision to document her story online, as she faces her incurable condition with strength and positivity. Rose hopes to raise awareness of the issues around brain tumours and we will be following her blog as she is “Fighting Bobby”.

In this first instalment, Rose talks about her initial symptoms, shock diagnosis and a bumpy start to her gruelling treatment regime.

"I’d been experiencing painful ‘tingles in my arm and my GP referred me to the neurology clinic at University College Hospital London, as a ‘precaution’.  A CT scan revealed ‘something’ on my brain and I was told to prepare myself that it might be a tumour. An MRI scan three days later revealed the worst-case scenario – an inoperable, grade four Glioblastoma Multiforme (GBM).

"With little time to digest the news, I quickly began a six-week course of chemotherapy and radiotherapy. Other than some sickness and fatigue, which I was expecting, it was all going swimmingly. The next day things took a turn for the worse. I woke from a nap vomiting, with a very high temperature, and feeling extremely confused — I knew I needed help. My boyfriend Tom called an ambulance, and by the time it arrived they found me in what they called an ‘altered mental state’. I didn’t know where I was, who I was or who I was with. I couldn’t tell the paramedics what city we were in or what year it was.

"Apparently, it was a combination of bruising from the biopsy, swelling in my brain and the tumour having grown a little. I was sent home with an enormous bag of medication and, luckily, things have improved since. Looking back though, it was slightly terrifying.

"In spite of a shaky start to treatment, I’m determined to use my diagnosis as a source of strength and a means to thrive and feel better. I’m feeling grateful for the wonderful friends and family I have around me. I’ve received so many messages of support from strangers online too. It means a lot. Bobby is quaking in his boots!"