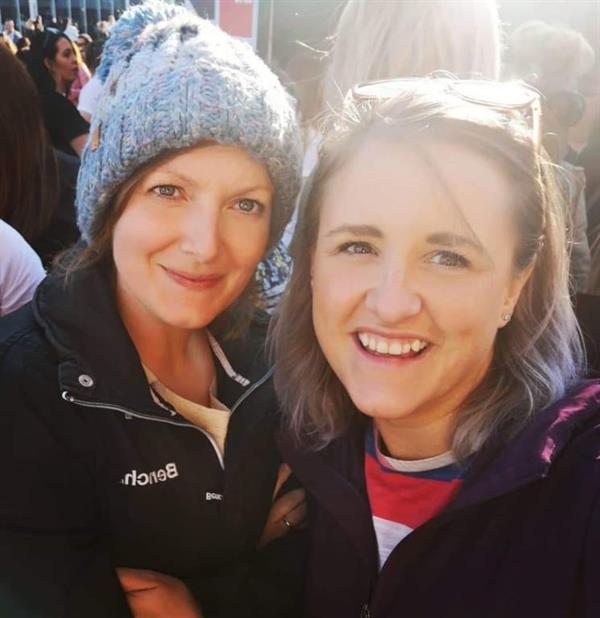 We’re sending a big shout out to everyone who is taking part in today’s Great North Run for a good cause. Of course we’ll be thinking especially of the dozens of folk who will be on the starting line to raise money for Brain Tumour Research, most of whom know only too well the devastation caused by a brain tumour diagnosis.

Among our runners is the wonderful Lizzi Snaith who was herself diagnosed 11 years ago after the birth of her first child. Lizzi had been due to take part in the event last year but was forced to pull out after her tumour recurred and she was back on chemotherapy. Lizzi, who is 38 and from the North York Moors, discovered soon after giving birth that she had a rare astroblastoma brain tumour. She has undergone surgery four times, had Gamma Knife treatment, radiotherapy and several rounds of chemotherapy.

Lizzi is currently stable but lives with the knowledge that the tumour could grow back. “The outcome is uncertain due to the rarity of the tumour and I just have to keep going through the motions and living from scan to scan,” she said. Running alongside Lizzi will be her friend Steph Raw from Castleton.

Also under starters orders for Brain Tumour Research is Maia Gray who is just 18. Maia, from Hexham, Northumberland, lost her best friend Rhya Story to a brain tumour at the age of 14. The girls were both sporty and competitive and became friends from the moment they started in year nine. Tragically, they said goodbye at the end of term but Rhya, a keen footballer from Greenhead in Northumberland, died just weeks after being diagnosed. Maia said: “Anyone who knows me knows that I never run so training has been tough. Finishing the race will be a huge achievement and Brain Tumour Research is a cause very close to my heart.”