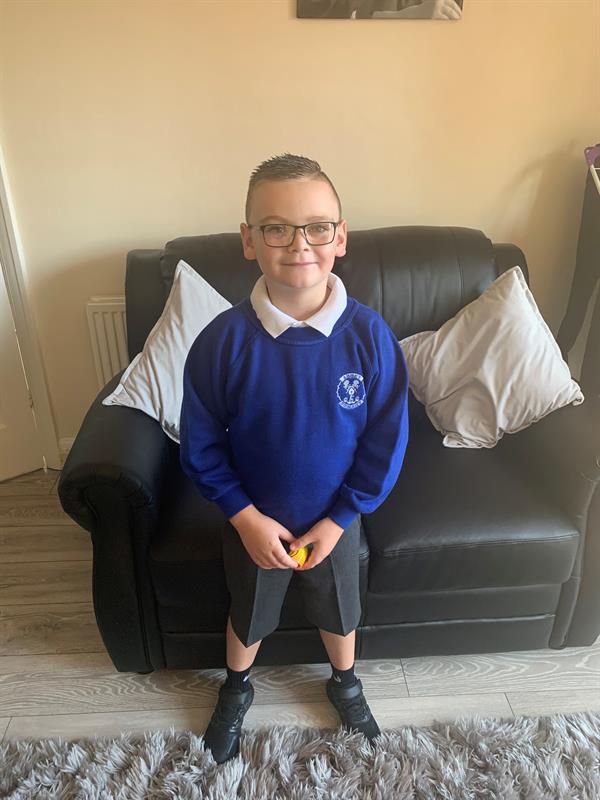 03 September 2019
While other children were enjoying the school holidays, a young boy from Morden was facing a summer of gruelling chemotherapy. But happily, and despite his treatment, Charlie Cox was well enough to be going back to school today.
Eight-year-old Charlie was joining classmates in Year 4 at Abbey Primary School in Morden. He is currently receiving chemotherapy for his tumour, a grade 2 oligoastrocytoma, which was first diagnosed when he was just eight months old.
Charlie has faced countless hospital appointments, operations and chemotherapy throughout his childhood. Now his tumour has returned for the third time.
Hi mum Kirsty Court, 32, who works at South Thames College, Merton Campus, said: “It was heart-breaking to be told that Charlie’s brain tumour had recurred again. In his short life, having gone through two operations and chemotherapy, I thought he’d suffered enough.
“I’ve learned that whatever happens, life goes on, and my focus is to keep things as normal as possible for Charlie and his four-year-old brother Freddie. Charlie is coping well with his 12-month course of chemotherapy, which began on 31 July.”
The tumour is located on Charlie’s optic nerve, meaning that further surgery could leave him with irreversible damage to his eyesight.

Kirsty added: “Now Charlie is older, he understands a lot more about his illness and he’s got a very mature head on his shoulders. He has anxiety about his tumour but tries to take each day as it comes. He’s found great support through his school and being part of an Emotional Literacy Support Assistants (ELSA) group. ELSA offers school children facing life challenges the chance to talk about their emotions and to go on trips.”