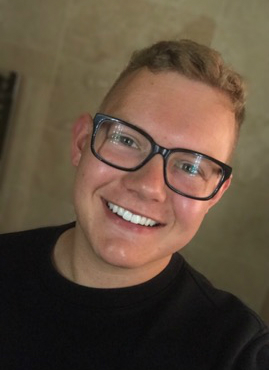 Soldier Cameron Ray, whose surgery to remove a brain tumour was filmed for a BBC documentary, is back in the news after being told his cancer is “no longer visible.”

Cameron, aged 21, continues to work with Brain Tumour Research to help raise awareness of the disease. And he is delighted to be able to share the good news after his latest scan.

His story is featured by the BBC online and in a number of regional radio broadcasts.

Before his tumour was removed at Queen Elizabeth Hospital, Birmingham, last year, Cameron was told he had three years to live.

Our spokesman Hugh Adams said: “We are delighted that the news has been so positive for Cameron who really is a remarkable young man and we wish him all the very best. The medical advances that have helped Cameron have only been achieved through scientific research and sadly research into brain tumours has been poorly funded historically. Brain tumours continue to be the biggest cancer killer of children and adults under 40 but with the increased funding we campaign for we can work together and be able to tell more stories like Cameron’s in the future.”

Cameron’s diagnosis in February 2018 came when he was part-way through his training to become an army medic. Cameron agreed to have his awake craniotomy procedure filmed for the BBC documentary Surgeons: At the Edge of Life because he wanted to raise awareness and reassure others who were going through the same diagnosis.