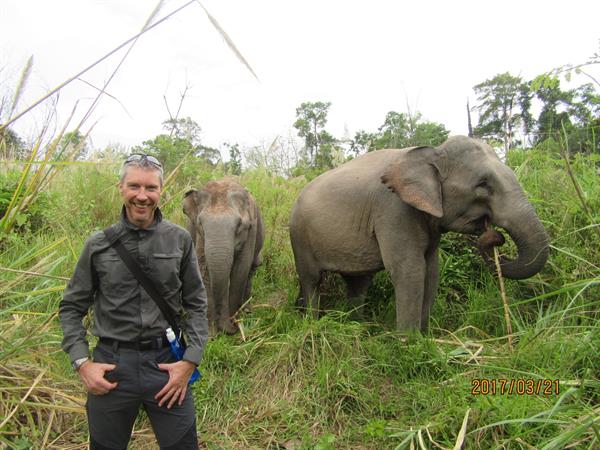 Businessman Alan Purvis, 50, took six months out from his career as a director in large and medium-size businesses to try to get a break from the stress of senior roles. He spent some time in Cambodia, living in the jungle and working at an elephant rescue centre but his symptoms, which included lethargy and tinnitus, didn’t go away. Back home, he went to see his GP and initial tests for tropical diseases came back clear. He was later referred for an MRI scan and, in February 2018, learned he had a grade 2 oligodendroglioma.

The  majority of the tumour was removed and surgery was followed by six weeks of daily radiotherapy and six cycles of chemotherapy which finished at the end of April this year. Alan was otherwise fit and healthy, a marathon runner and cyclist, used to covering 100 miles at a time. “When I told people about my diagnosis, it came as a huge shock,” he said. “I was the image of fit and healthy – for an old man anyway! -  so it took some believing.”