Carl Piddington – In Our Hearts 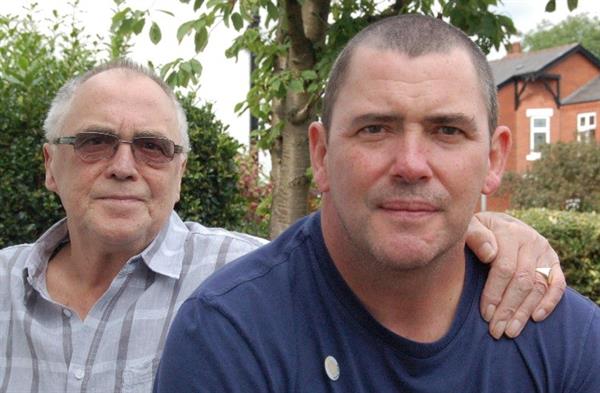 Carl Piddington passed away early on Tuesday 26th March. He was 52 and had lived for 10 years with his brain tumour diagnosis.

Carl, his late father the Coronation Street actor Bill Tarmey and their wider family have worked alongside Brain Tumour Research for the past eight years and have had a huge impact on both our fundraising and our awareness raising.

Hugh Adams, our Head of Stakeholder Relations, who took this photo of Carl and his dad, said:

“Having been with Carl twice in recent weeks I knew that he was becoming increasingly unwell but his death has come as a terrible shock. Carl was a truly courageous man who never wavered in his support for us. He will be hugely missed both by his immediate family and also by the legions of people who called him friend, of which I am proud to be one.”

The sincerest condolences from all of us at Brain Tumour Research to Carl’s family.