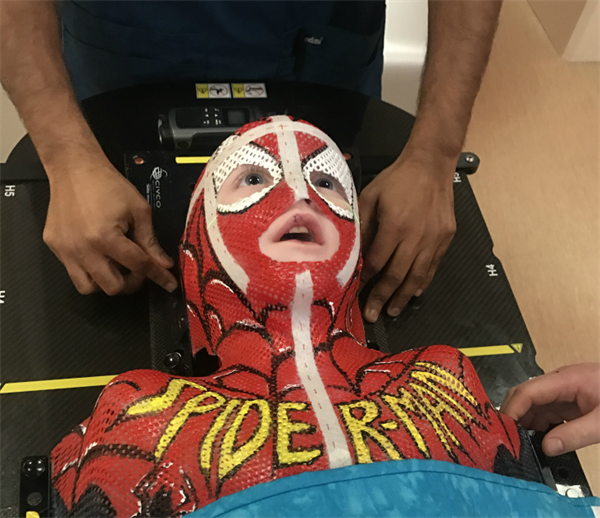 Six-year-old Harry St Ledger, diagnosed with a diffuse intrinsic pontine glioma (DIPG), was welcomed back by classmates at Castle Primary School in Portchester, Hampshire last week. Harry inspired a fundraising appeal to fund research into finding a cure for brain tumours and campaigning for greater national investment into this area of research.

Harry is a massive Spider-Man fan. Like many children undergoing radiotherapy, he had to wear a mesh mask so that the treatment could be delivered with pinpoint accuracy. To help him cope, he chose the face of his favourite superhero on his mask.

The school held a superhero-themed event in Harry’s honour on Friday 25th May, with staff and pupils raising money for the newly-launched appeal. Created by his parents, Ciaran St Ledger and Fiona Lear, the appeal has a target of £50,000.

Harry’s story has received national attention and was featured on ITV News.