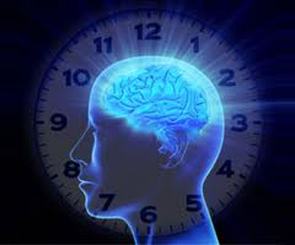 Understanding the underlying faults at the root of brain tumours is essential in developing new therapies. Researchers from the Salk Institute for Biological Studies in the US are currently exploring the potential of a new drug, which targets the circadian rhythm, or "internal clock" of the body that regulates our day-to-day biological processes. The drug may act to stall the cancer cells' growth.

In a study published in Nature, the researchers studied the effect of a drug called SR9009 on brain tumours in a mouse model. The drug acts on the protein REV-ERB, which plays a key role in the maintenance of the normal circadian rhythms.

Previous research has reported that disruption of circadian rhythms can lead to a higher risk of developing cancer.

The current study found that the experimental drug leads to the eventual death of cancer cells by impairing their ability to "feed" and grow, which also means that they cannot then replicate and spread further. So, the survival rate of the mice involved in this experiment was increased. In addition, SR9009 is known to cross the blood-brain barrier, unlike many other drugs, which means that it can access brain tumours.

Another important characteristic of this experimental drug is that while it appeared to be as effective as existing drugs such as temozolomide, it was more selective in targeting the tumour cells without displaying toxic side effects that are associated with existing therapies.

The study also suggests that targeting this protein may work in many other types of cancer. This is because all cancer cells need nutrients and the recycling of materials to survive and develop.

While the studies have only been carried out in mice so far, this study has suggested that specific targets may have particular promise for the development of new drugs to treat brain tumours. Understanding the key events associated with tumour cell development is pivotal for the development of new drugs and complementary research is being carried out at the Brain Tumour Research Centres of Excellence to develop new and more effective therapies to treat and ultimately cure brain tumours.