Poliovirus therapy kills off cancer cells, unmasks them to the body’s defences and stops tumour growth 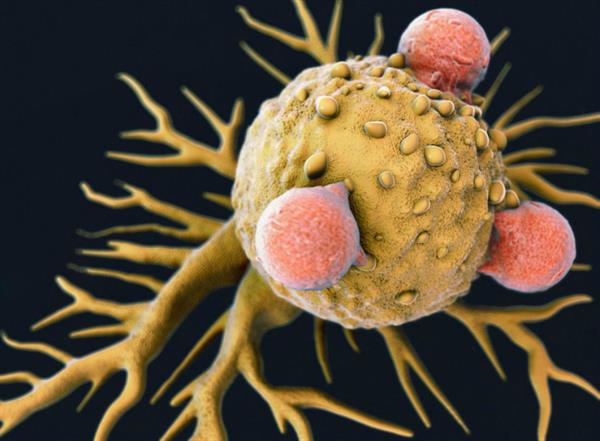 New research carried out by doctors from Duke University – which is published in the journal Science Translational Medicine – shows how a modified poliovirus enables the body to use its own resources to fight off cancer. The modified virus has been in clinical trials since 2011 and preliminary results have offered hope to patients with one of the most aggressive forms of brain tumour: recurrent glioblastoma.

The researchers examined the behaviour of the poliovirus in two human cell lines: melanoma and triple-negative breast cancer. They observed that the poliovirus attaches itself to cancerous cells. These cells have an excess of the CD155 protein, which acts as a receptor for the poliovirus.

Then, the poliovirus starts to attack the malignant cells, triggering the release of antigens from the tumour. Antigens are toxic substances that the body does not recognize, therefore setting off an immune attack against them.

So, when the tumour cells release antigens, this alerts the body's immune system to start attacking.

Once started, this process seems to be continuously successful. The cancer cells continue to be vulnerable to the immune system's attack over a longer period of time, which appears to stop the tumour from regrowing.

These findings present exciting new ways to combine therapies that would make the treatment of aggressive brain tumours more effective in the future.