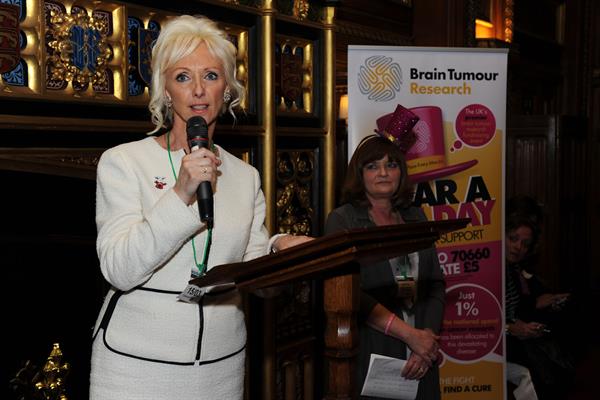 Following a welcome to the House by John, Debbie McGee, wife of the late Paul Daniels, spoke on behalf of the thousands of families who have lost a loved one to a brain tumour.

Emotive speeches were also given by Bethany and Chloe Lloyd, who lost their father Steve in December 2015; Wayne Church, who lost his son Finlay at the age of 11 and Ben Anderson, a patient who was celebrating his 18th birthday that day. All speakers poignantly described how they had been affected by the disease and also highlighted the ongoing battle for greater parity of funding for brain tumours.

Dr Helen Campbell, who provides the secretariat to the Government's Task and Finish Working Group, updated us on progress. She explained that the barriers have been identified and the group is now working on how these will be broken down.

Our humblest thanks to all who attended this flagship event. Together we will find a cure.