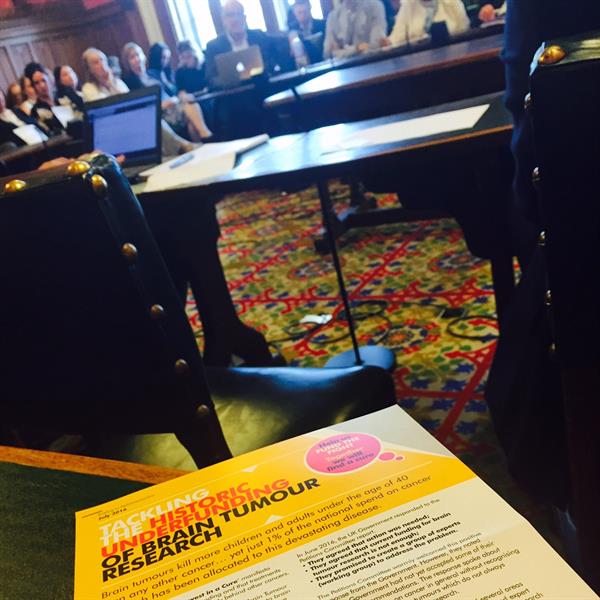 14 July 2016
As Westminster welcomed Britain’s second woman Prime Minister on Wednesday, the All Party Parliamentary Group (APPG) on Brain Tumours and members of the brain tumour community met in the heart of Parliament.

Peter Realf 1The APPG then heard from Peter Realf who gave a moving speech in memory of his son Stephen who died in 2014 after fighting his tumour for 6 years, aged just 26 years old. Peter recalled his daughter Maria asking him and his wife Liz how the family were going to mark the first anniversary of Stephen’s passing. Maria said “We need to do something positive to mark the occasion, as Steve was such a positive person. You two are not going to sit around moping all day!”

Tracy WarrTracy Warr, Professor of Neuro-oncology at the University of Wolverhampton addressed the meeting next and agreed with previous speakers on there being a lack of funding for site-specific research in brain tumours. She said she was very pleased that the Government has accepted the need for more research in this area, however, it was not clear how this would be funded.