Siena and Rafaele get hatty

Siblings Siena, aged eight, and Rafaele Guglia, six, found a great way of getting the pennies in when their grandfather Nonno was undergoing treatment for a brain tumour. They raised an astonishing £3,600 through a sponsored walk and then asked their classmates and teachers to wear hats to school and buy pin badges and wristbands.

The enterprising duo also got a pub involved which provided hot drinks to parents and carers outside school in return for a donation. But they didn’t stop there, they also approached Hobbycraft and Halfords and both businesses agreed the kids could collect outside their stores.

Why not follow in Siena's and Rafaele's footsteps and get your school involved in Wear A Hat Day?

Their beloved Nonno, who ran popular restaurant Valentino’s in Harborne for more than 30 years, sadly passed away but Siena and Rafaele are committed to the cause. This year they are once again asking people to take part in Wear A Hat Day and are among the child stars of our marketing campaign.

They were among a handful of children, all of whom have been touched by a brain tumour diagnosis, invited to take part and have their portraits taken by Venture Studios and are continuing to raise awareness in memory of Nonno. 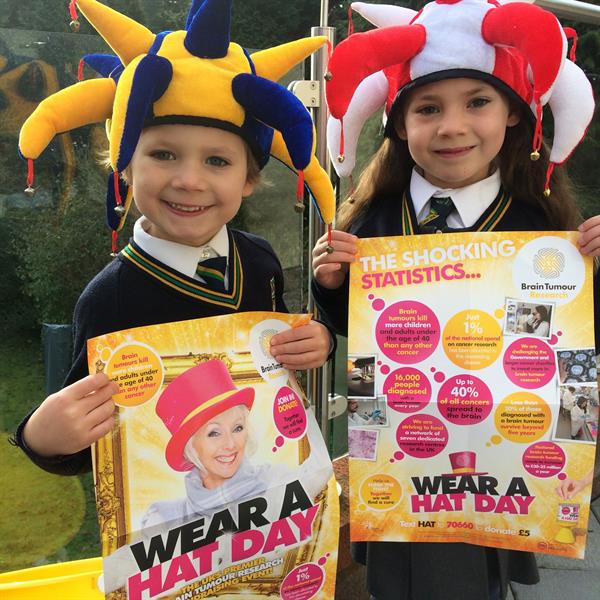