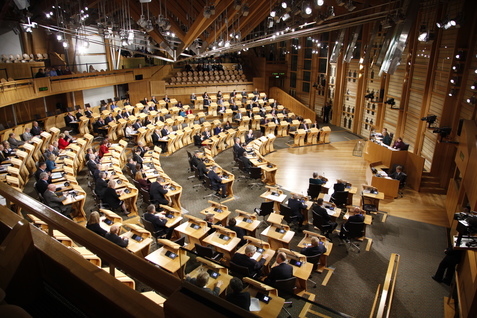 Yesterday, (7th December 2017) the Scottish Parliament held a debate on brain tumour awareness in Scotland. The debate was introduced by Conservative MSP Alexander Stewart, inspired by the story of Dunfermline resident Mark Richardson, who was suddenly and tragically struck down by an undiagnosed brain tumour aged just 32 years old.

Following on from the landmark Westminster Hall debate in April 2016, it is great news to see this devastating disease being considered by the Scottish Parliament.

The debate saw contributions from 11 MSPs, who spoke about constituents with brain tumour stories. Brain tumour statistics are as stark in Scotland as they are in England, with both the number of diagnoses and number of brain tumour death rising in the last decade.

The pressing need for more research funding, the importance of early diagnosis and ways to improve the clinical experience of brain tumour patients were all touched-upon repeatedly in the debate.

You can read a transcript of the debate or watch a recording.